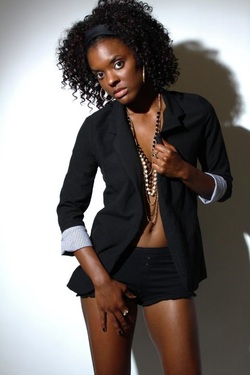 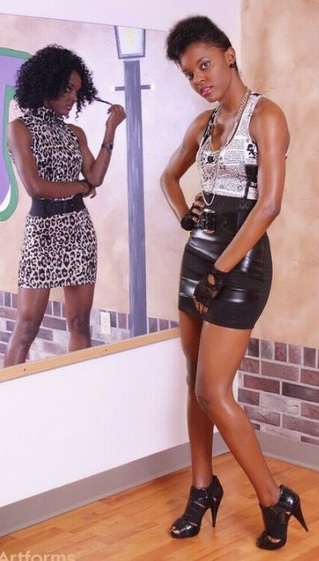 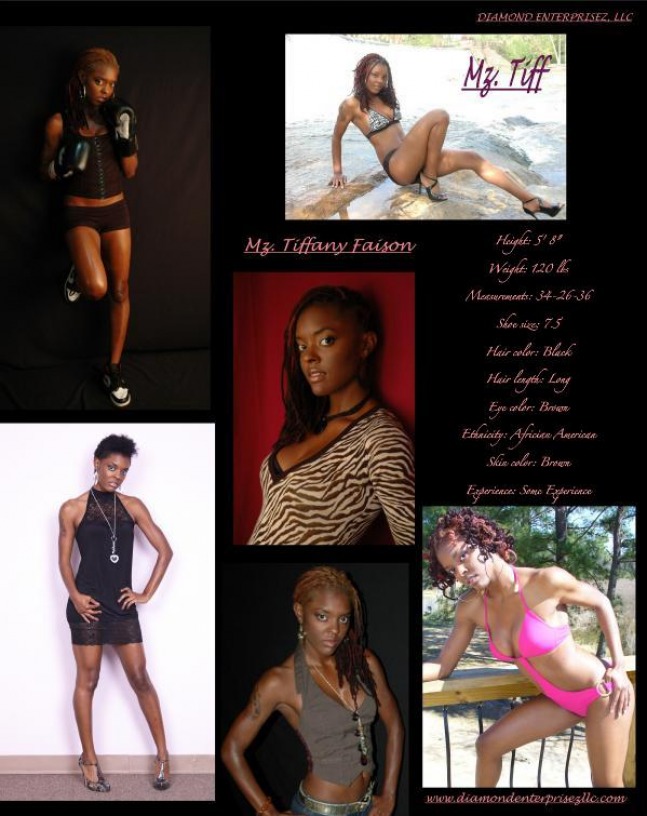 Born in the rough, but rather talented Newark "Brick City", but grew up pretty much a NYC chick, Tiffanie discovered her passion for dance at the early age of 2. Although she was not able to attend dance classes until she was 7, she managed to keep her skill and talent up by watching fellow dancers on television, and as well as being exposed to different things in her area. Growing up, Tiffanie witnessed many trials & tribulations from seeing her mother become ill due to drugs & other abusive things, and trying to establish a tender relationship with her young father and his wife. Through it all she never managed to allow those situations to overcome her passion of wanting to be a professional dancer. Tiffanie began training when she moved to St. Petersburg, Florida, at FAME DANCE SCHOOL. There she was trained in ballet,modern,and jazz. She was not able to continue attending the school because of finances, but that setback never brought her down. After a while, she was able to get involved in many performances for her elementary & middle schools, and as well as church functions.

When she was 12, her and her family moved back to New Jersey, where her dreams of becoming a dancer finally began. She was taking classes at Huff Performing Arts School in NYC, Newark Community School of the Arts, Gallman's Newark Dance Theater,and many other places.Although she was trained in the areas of ballet, pointe, jazz, and modern,since the age of 7, her love for HIP HOP became POPULAR when she was 13. She began choreographing different routines for friends and family. She also became one of the dancers for her church's dance team called CHOSEN and as well as their liturgical dance ministry. Overtime, she began choreographing dances for the team. As Tiffanie, continued to grow, she did many different performances around the TRI-STATE AREA. She also found herself teaching others.

But we ask the question as to why isn't she famous just yet??? TRUST..the WORLD is ready.BUT WHY??? She had to learn to trust GOD in everything that she was doing and to be patient.If not, things were not going to come to pass.Tiffanie graduated from Hillside High School in 2004, and went on to Southeastern University in Lakeland, Florida.She wound up not being able to finish her senior year due to finances, but is currently working at getting that accomplished. Until then, you can find her in the studios of Greenville, SC and as well as various ones in Atlanta, Georgia. She is currently teaching at T-Motion Dance Studio in Mauldin, South Carolina.

In the words of Tiffanie...."STAY FOCUSED AND ON YOUR GRIND.DON'T ALLOW OTHERS TO DICTATE WHAT YOU WANT TO BECOME IN LIFE, AND ALWAYS KEEP GOD FIRST AND EVERYTHING WILL ALWAYS SEEM TO FALL INTO PLACE. DANCE IS MY LIFE. I EAT, SLEEP, AND BREATHE IT. WITHOUT IT I WOULD BE ANONYMOUS, BUT WITHOUT GOD MY TALENT IS NOTHING.TRILL STORY".